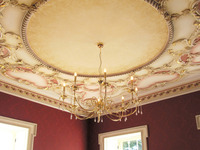 Stoke Hall was purchased by Mr & Mrs Drury in 2009, with the view to restoring this super-stately home in 22.5 acres of gardens, grounds and woodland, overlooking the River Derwent. The present house was deisgned by James Paine and built in about 1757 by William Booth. The estate dates back from Domesday, although its first occupant is registered to be Norman Gerbert de Stoke, who lived here in 1204. In the 20th century, Stoke Hall was the home of an industrialist and later a hotel and restaurant.

There are two distinct parts: the main three-storey Georgian house and the older north wing. Much of the Georgian house is now approaching the completion of the restoration and KOLARZ® chandeliers have been selected for a number of the elegant reception rooms and Mr Drury’s office.

The PALLADIO 8 light chandelier in 24ct gold finish with the matching floor lamp have been selected for the office, harmoniously penetrating the space and highlighting the amazing ceiling. 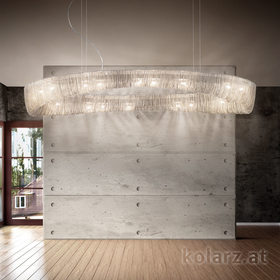 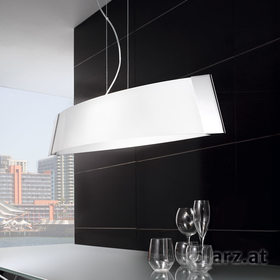 In order to provide you with the best possible service, this website uses cookies and external services (e.g. Google Maps) from third parties. By using this website, you agree. More Information